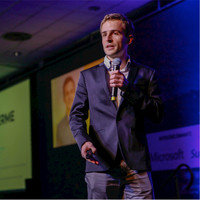 Software is present in every organization that wants to grow at some scale. The software helps the company’s employees to be more productive and to reduce manual and repetitive works. The software can have the best possible interface, turned 100% to people productiveness, but as a basic item, it must work when it must work. When vital software to an organization fails, the difference between regular software and good software is discovered. And here I talk about its architecture.

When the architecture makes the difference

To talk about this subject, I’ll cite two real cases of two clients in the media area. They are close to me and had their business growth held for some while due to bad quality software.

The mentioned software was a portal to Brazillian population access to a known TV show. With that portal, people used to register themselves to be part of the TV shows, donate money for good causes, interact with their favorite characters, and some other activities. Under normal circumstances, the portal used to handle everything. But when one of its TV presenters mentioned something about the portal when they were live in national network, it was deadly. We just had to count time and few minutes after, the portal was down. It could be simple stuff like saying live “access our website for a chance of winning a prize”. Or “access our website to talk to the actress X”. And the problem that repeatedly happened, taking the portal down, was a technical problem related to its architecture. It was not prepared to receive so many access like it did in fact. In this example, we see a powerful trigger to an entire population being wasted because of a software malfunction. The population (customers) already convinced to look for something, was frustrated with the malfunction and lost interest automatically. The TV show image was affected negatively, and he failed at enhancing its brand, increasing its overall engaged public and eventually losing some revenue.

The second example is about a scenario when the software was a big aggregator of information coming from many different sources. It was responsible for some important transactions related to the company invoices. It operated fine for many months after its first release. But when the database went over some load, it started to behave slower than it used to. Also, a big project or renewing the entire UI was undergoing. But it would be a big failure if something beautiful was released without actually working. The loading screens were too slow and were forcing the user to wait for many seconds for some feedback. The impact on business was quite relevant because the selling process for a few of their products was also affected.

Nowadays the first one counts with millions of users reaching their portal to interact with the brand. They also count with a stable portal, which allows the decision-makers to make wiser decisions than when they were under pressure. The second was able to release the new UI, which enhanced the relationship with B2B demanding customers, and no more transactions are lost. Now the roadmap is welcome again. 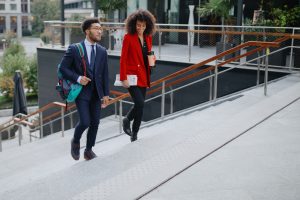 Trends in Business Technology: what to consider in 2022